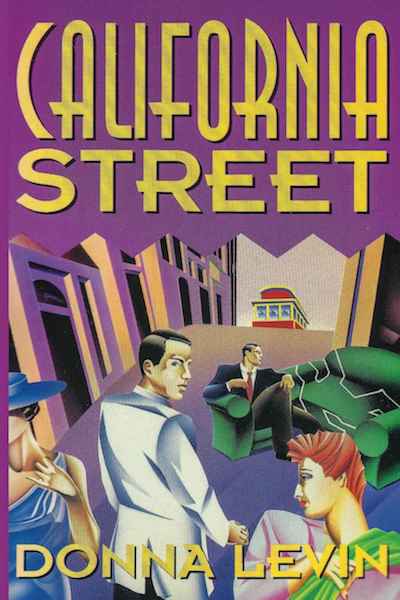 Guilt is San Francisco psychologist Joel Abramowitz’s business — and it is his second feeling after lovely very rich Margot, his best friend’s wife confesses she loves him. His first feeling is unabashed lust. But the next morning, the lady vanishes, and then an overweight, wildly jealous patient appears at Joel’s office to confess she forced Margot’s car off the road. Is it the client’s fantasy … or is Margot dead? A twisted skein of love, murder and compulsion soon leads Joel Abramowitz on a frantic womanhunt through California’s mad, mad world. And he certainly has his hands full, dealing with “issues” and outright lunacy — and fearing what may reside in the shadowlands of his own desperate heart….

“…this intriguing mystery by the author of Extraordinary Means finds and sustains its low-key pace. Joel Abramowitz is a likable San Francisco psychoanalyst with a personal problem: he’s in love with Margot Fairfax, wife of his best friend, Ted. Wealthy and socially prominent, Margot and Ted have problems of their own. Ted is having an affair with one of Joel’s patients, Melanie, a stunning yet seriously troubled model, and Margot is bent on seducing Joel. When Melanie’s corpse turns up on a Marin County beach, suspicions center on Ted; Margot’s abrupt disappearance complicates matters. The romantic and homicidal entanglements are compounded by revelations made on Joel’s couch by several patients who may be key witnesses–or who may be indulging in flights of fantasy. Joel and colleague Denise decide to investigate Melanie’s death and track down Margot themselves, raising problems of patient/doctor confidentiality. The book is buoyed by strong characterizations, a sharp and steady wit, and the ambience of trendy, multifaceted San Francisco.
—Publisher’s Weekly

“An inventive novel that is thought-provoking and fun to read…. A psychological whydunit in addition to a whodunit.”
— Los Angeles Times Book Review

“A lifeboat in a sea of featureless fiction … assured and energetic.”
— San Francisco Chronicle-Examiner

“For all the fun she has with  Joel’s assortment of clinical oddities, the author extends them her sympathy and leaves them some dignity.”
— The New York Times Book Review

“Highly entertaining….  The writing is so fresh, the banter so hip and the satirical jabs about therapy so telling.” — San Jose Mercury News