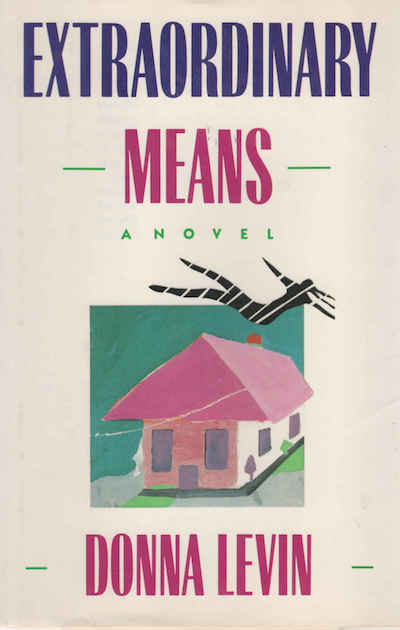 Meet Melissa Silverstein. She’s twenty-four, witty, cynical, unemployed and unmarried, drifting through life, waiting for the action to start. And Melissa is in a coma. On the outside, she’s a shell of a girl, but inside – well, her mind is churning. She’s about to take you on a completely unexpected, hysterically funny and touching journey into the inner dreams of a modern-day American family.

Speaking of that family … Dad hasn’t come to visit her once. He’s tied up in court trying to stop the hospital from pulling the plug. Every night, Mom’s in the arms of Melissa’s young doctor. Then there’s her brother, Daniel. He’s thinking about killing her. And a host of others – the two younger sisters, rabbis, old boyfriends, scheming aunts – are convinced that only they know what Melissa really wanted to do with her life … and her death.

Melissa doesn’t really know either, but for the first time, she’s stopped drifting. And she’s going to use all of her strength, all of her will, to figure out her place in this battling, loving, anxious, noisy family of hers.

Discover for yourself the story that the San Francisco Chronicle calls “an extraordinarily lively, funny novel!”

“The extraordinary premise of this tale of coming of age in California is that 24-year-old Melissa Silverstein, comatose since she combined Percodan with vodka, has a sound mind that can depart her vegetable body at will. That’s how she learns that her mother, an elegant, baby-talking woman who calls herself Mickey Mouse, is sleeping with the neurology resident. That’s how she can be present in the courtroom to hear Mickey Mouse tearfully plead that the court allow the plug to be pulled. Out-of-body is how Melissa knows when her brother Daniel, always desperate to please Mickey Mouse, sneaks under her bed in the hospital to do what the court has judged against. Sometimes Melissa can get into other people’s bodies too. That’s how her youngest sister finds herself making love in the rumpus room with the middle sister’s boyfriend. There are accurate and touching moments in Melissa’s after-the-fact observations of her family, particularly regarding the teenaged sisters, but as a literary device, airborne eavesdropping served Scrooge better. In the end Melissa achieves a strangely joyful reconciliation to Mouse’s odd way of mothering: proof enough the patient’s mind has gone the way of her flesh.”
—Publishers Weekly

“Levin’s first novel is a timely, poignant and very funny fantasy in which a California girl falls into an irreversible coma and then listens in horror as her family fight over pulling the plug. … A delightful running commentary on modern-day California… In all, a witty, clear-eyed debut.”
—Kirkus Reviews

“Imagination is running riot, as usual, in the world of new fiction. One of the spring’s more diverting plot kernels: A woman lies in a coma and makes witty observations to herself as her family sues for the right to pull the plug on the machine that’s keeping her alive.”
— Wall Street Journal

“There’s a new author on the literary block and she is good – very good. Her novel sparkles with saucy humor, crisp dialogue, and afresh touch to a delicate subject. … The author creates her modern family with a keen understanding of people and how they seesaw during a crisis…Extraordinary Means is an extraordinary book that sheds a new and softer light on a troubled family.”
— Ruth McGregor Coyne, Rocky Mountain News

“Using life support systems to prolong a person’s life after a serious accident or drug overdose is a highly emotional issue that many people are reluctant to discuss, much less laugh about. But Donna Levin’s new novel, Extraordinary Means, handles the topic with such humor and sensitivity that readers may feel like thanking her.”
— Kristi Lamont, The Orlando Sentinel